I believe every woman possesses the power to be the best version of herself and become the woman she always dreamed she could be. 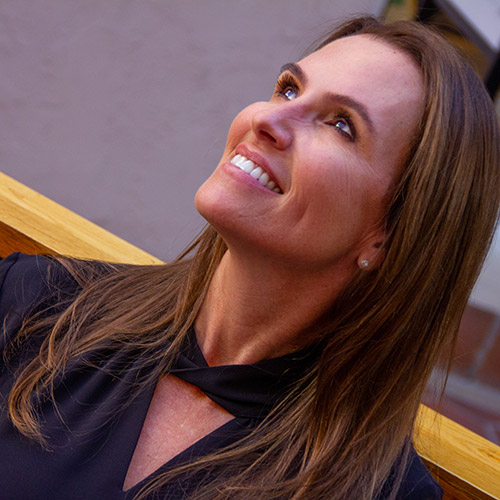 I’m a National Board Certified Health and Wellness Coach, Registered Nurse of twenty-seven (27) years, and a women’s weight loss specialist for YOU the ambitious woman over-40, who is at a crossroads in her life.

When you were little, did you grow up with BIG DREAMS about how you would impact the world? ME TOO! When I was a little girl, I dreamed of becoming a Doctor! Back then, my ironing board was my operating table and my dolls were my patients. Perhaps your dreams didn’t turn out the way you imagined them? I can SO relate!

I always thought that my dreams would turn out just the way I imagined them, well, because I imagined them. As I got older, however, I began to realize that in order to make my dreams a reality, I had to devise a plan and work toward my goals!

While most people my age were out partying, I was busy working two jobs while paying my own way through College. I was learning the value of hard work, but I was also learning to put my own wants and needs secondary to my goals. Instead of balancing the wants and needs of my twenty-something-year-old-self, with my goals and dreams,  I thought I had to sacrifice one to the exclusion of the other. 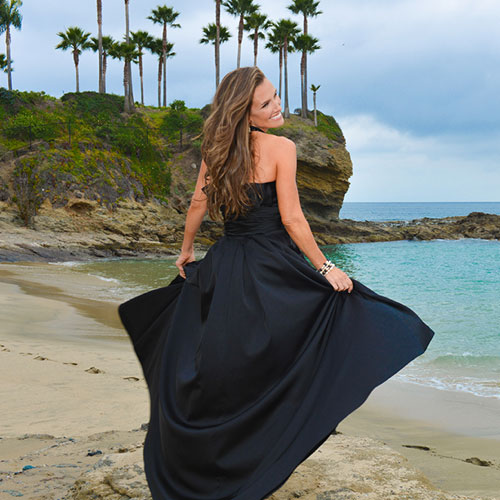 Despite being accepted at all four of the major medical Universities whose Pre-Med Programs I applied to, working two jobs to pay for my undergraduate degree while attending school, was more difficult than I imagined. I eventually opted to attend Nursing School as a way to pursue a higher-paying job than if were working at the Mall, or the local Deli shop, in order to chase my dreams.

Soon thereafter, I found out I was going to become a Mom for the first time and the course of my life changed forever…

Both my career then motherhood paved the way for my natural tendencies to put other’s needs before my own. In fact, as a woman, it was oftentimes expected.  Instead of developing healthy boundaries, I allowed this pattern to repeat itself and it eventually became my way of being. Whether it was saying, “Yes” to more responsibility at work, or “Yes” to volunteering in the classroom. I eventually stopped saying, “Yes” to myself. 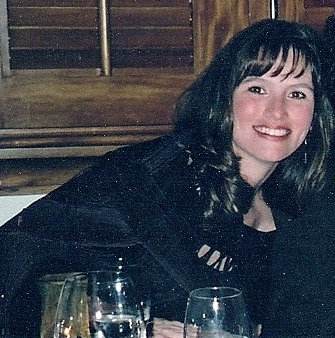 Like many women struggling to do it all and be it all, I let myself go

Growing up I’d always been considered “naturally thin”, in fact, at various times throughout my life I’d been “underweight” but like many women struggling to do it all and be it all, I let myself go under the strains of trying to balance a career, maintain my relationships and parenting.

Overwhelmed with caring for five young children, while balancing the demands of managing a busy household, I gained over 70 lbs with my last two pregnancies and fell into a routine of self-neglect. Without healthy boundaries and feeling too proud to ask for help, I eventually convinced myself that I didn’t really care.

I relied heavily on caffeine and junk food to counteract the late nights and long days in those early years, especially when my husband traveled and I was alone.

Back then I cared more about the number on the scale, than how I felt.

“Eating healthy” didn’t seem convenient. I believed it took too much time and I had little of that as is!

I convinced myself that those sugary binges didn’t “count” and blamed my unrelenting fatigue on my busy schedule, work, and kids.

Despite the chaos, I would occasionally go to the gym, spending all my time on the elliptical or treadmill, and skipping the weights because I just didn’t have the energy or the know-how.

I was spinning my wheels, telling myself that I was “eating healthy” and “exercising”, that my dependence on “junk” was a harmless, guilty, pleasure, but the irony in all of this was that although I spent my career caring for and teaching others about the importance of “self-care”, I wasn’t practicing what I preached.

In 2011 my world came crashing down around me…

In June of 2011, my oldest, who was just seventeen, was hospitalized with Pancreatitis. Misdiagnosed with alcoholism, it would be another year before she was accurately diagnosed with Cystic Fibrosis, a life-limiting disease.

Overnight, our world was shattered, but the stress took its toll on me.

I developed ulcers that made eating painful and my appetite virtually non-existent. In November, I suffered the first of two mini-strokes which the doctor told me was confounded by poor nutrition, stress, and hormonal medication. Depressed, I spent my days in bed imagining my children’s lives without me in it.

At 44, I believed my life was over, but in reality, it was only just beginning

I spent the next eight months weaning off my medication and focusing on my recovery. I hired a trainer who helped me regain my strength and balance in the gym and encouraged me to heal my body with food.  It was the first time that I’d come across another trainer who focused on Nutrition instead of the “quick fixes” the fitness and diet industries seemed to throw my way. That premise not only helped me to do a complete 180 in my own life, but it also turned out to be a life-changing and career-changing catalyst. I realized I could use my own experiences to help other women avoid the same painful experiences I’d had. 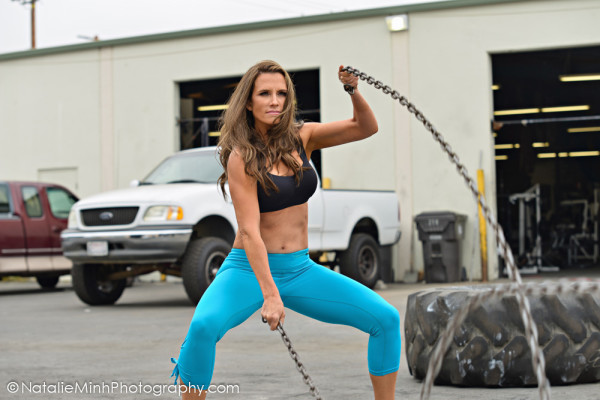 With a renewed sense of purpose, I spent the next three years developing my online business while obtaining my Advanced Level Nutrition and Behavior Change Coaching Certifications and went through the rigorous process of qualifying to become a National Board Certified Health and Wellness Coach.  I was certain that I was called to help others who had reached a crossroads in their own lives.  Not only were my clients feeling better and more confident about themselves, but weight loss became nearly effortless as their focus shifted from the number on the scale to healing their bodies and their spirits, as well as their unhealthy relationship with food.

I left the hospital setting and now focus on helping ambitious, high-performing professional women over-40, who are ready to drop their excuses, so they can lose weight, increase their body-confidence and rediscover themselves and their passion for life! 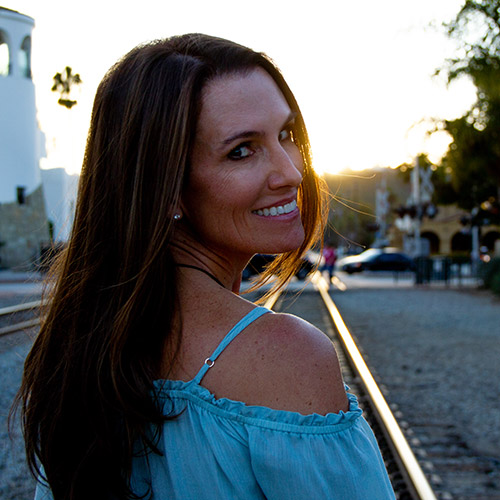 It’s not too late!

You don’t have to settle for everyone else’s expectations of who and what you should be.

In fact, becoming who you’re meant to be is a gift!

When we fully step into who we are, we not only become fully present in our own lives and in our decisions, but we come into alignment with who we are meant to be. It is those actions that can profoundly affect our choices, influence our health and wellbeing, and shape our view of what matters to us most.

Your health, your feelings, your desires, your dreams… they’re not selfish, they’re an important and necessary component to living your life to its fullest! You’re so much more capable than you realize…

There are thousands of Nutrition “gurus” and Insta-famous fitness “Coaches” out there,  and you want to know what makes me different. I get it!

Long before I transitioned from the hospital to the private sector, I invested hundreds-of-thousands of dollars between my Nursing education, Continuing Education, Nutrition Certifications and my Board Certifications, alone. I am also Licensed and Insured.

I didn’t just sign up last week to peddle somebody else’s “juice” or “product” and decide to call myself a Coach. In addition to my twenty-seven years of Nursing experience, during which time I worked in the ICU/Critical Care Settings, as well as Ante/Post-Partum, Cardiology and Oncology, I’ve managed teams of Nurses, as well as developed my skills as a leader in my profession.

I AM INVESTED IN YOUR SUCCESS:

When you work with me, you will have the benefit of all the elite-level training I’ve received since beginning my business, as well as my highest level of integrity when it comes to serving others.

ONCE UPON A TIME I FELT OVERWHELMED, HOPELESS, FRUSTRATED AND STUCK:

I’ve been there! As a Mom of five, I know what it’s like to juggle a career with the demands of family, my relationships and still find time to make my health a priority!

I want the best for you and I know how to help you achieve it!

You will also receive an email that contains the download link, and can login to www.trishmarmo.com/wp-admin/ using the account you create during checkout to download the files.